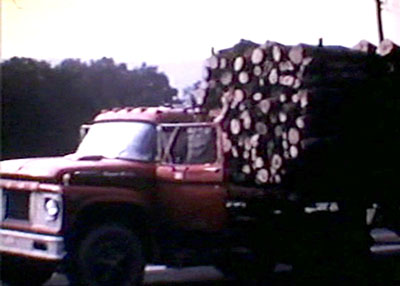 Chaplain Sam and wife, Norma, were pioneers in the trucking ministry. Answering the call in the new frontier of ministry took Sam into truck stops from coast to coast, seeing drivers come to the light of Christ. The love of trucks and driving runs deep, back to his childhood, when his Dad, Sam Rust I, delivered seafood from his business in Southern Virginia. The heritage that his Dad left behind has been a spiritual GPS, covering the Rust family with love and prayers. Chaplain Sam answered the call, pastoring churches for 12 years before starting Headlight in Trucking. While a pastor in Bedford Valley, PA, Sam drove truck to supplement his income, making him a perfect candidate for the trucking ministry.

In 1978, the first rolling chapel was completed, built by the men of Colonial Heights Assembly of God under the direction of Pastor Cliff Burroughs. It was pulled by a classic 1959 Autocar tractor, which later would be known as the “Going Home Truck,” by lonely truck drivers across the country.

Headlight in Trucking has been fortunate to have some great men of God serve in the ministry, including Rev. Cliff Burroughs, Rev. John Ritchey and Rev. Claude Walker.

In 1991, Shannon Rust joined his Dad in ministry, and is now carrying on the vision that was put in Sam’s heart years ago. Shannon and his wife, Rebecca, are a perfect team, reaching drivers through the Word and song.